News Your location:Home → News Center» Industry News» What should we pay attention to when UV packaging printing encounters plastic film?

What should we pay attention to when UV packaging printing encounters plastic film?

In recent years, plastic film materials are often used in the packaging and printing industry. UV printing on these materials is different from traditional corrugated paper or white cardboard. It is necessary to consider how to make UV ink/varnish adhere firmly to the surface of the plastic substrate. That is, the problem of adhesion. GiBSON will give you a specific explanation: 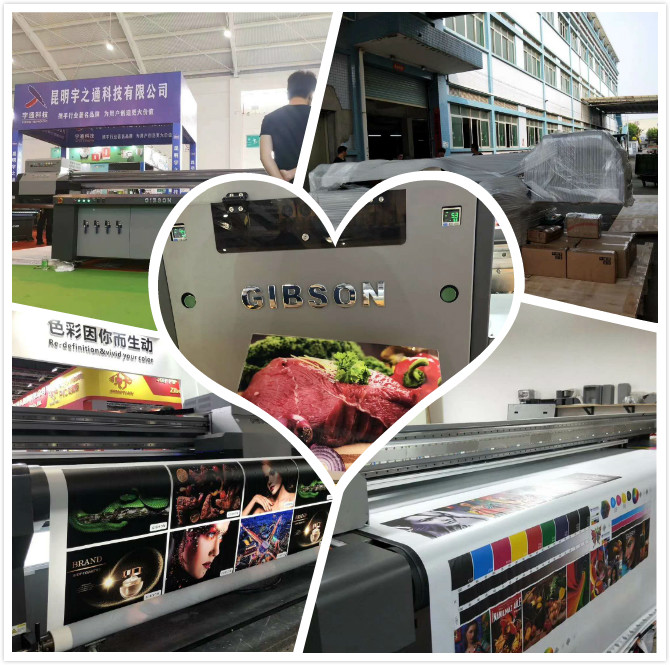 For printing plants, in-line processing is the best solution to ensure that the surface tension of the plastic substrate remains within an acceptable range during printing. Corona discharge (oxidation) treatment is the most common treatment method, it is used in the surface treatment of various plastic films, and will not damage those temperature-sensitive plastic substrates. Corona discharge uses high-frequency high-voltage or medium-frequency high-voltage discharge to treat the surface of the plastic to activate it and make it porous, so as to improve the adhesion of the plastic film surface to the ink and improve the printability of the film. For example, after the commonly used PE (polyethylene) film undergoes corona discharge treatment, unsaturated bonds such as carboxyl groups and carbonyl groups are formed on the PE molecular chain.
The PE molecules are converted into polar molecules, which increases the surface energy. Generally, the surface tension of PE is increased from 31 dyne/cm to 39-40 dyne/cm after treatment, which increases the wettability and adhesion of the PE film to UV ink/varnish, thereby improving the firmness of the imprint degree.

2. Expansion and permeability of plastic substrate

Unlike many commonly used printing papers and cardboards, the surface of the plastic substrate does not allow the ink/varnish to penetrate into the micropores.

3. The glass transition temperature of the ink (Tg)

In physics, glass is formed when certain substances are lower than or equal to the "Glass Transition Temperature" of the substance. Compared with ordinary ink/varnish, the composition of UV ink/varnish generally contains some materials with smaller molecular weight, and the ink layer formed by reaction of these materials during curing is thicker and has a higher degree of cross-linking. At the same time, the glass transition temperature (Tg) of the film layer after UV ink/varnish curing is higher, and the film layer is harder, so it has good abrasion resistance and chemical corrosion resistance.

If the Tg of the film is higher than the working temperature in the bronzing or laminating process, the UV film in the finished product will not be able to firmly adhere to the gold foil or composite plastic film. UV inks/varnishes prepared with low Tg materials can adhere to gold foil and composite films well in the post-printing process. Sometimes, in order to make the hot stamping or filming go smoothly, the working temperature of the process has to be lowered.

On the surface of the plastic substrate, you may feel that the UV ink/varnish has been cured, but in fact, it is likely that the inside of the entire film is not completely cured. The degree of curing close to the bottom layer of the film is critical to obtaining good adhesion. The inside of the film and the bottom layer are not completely cured, so the penetration of UV ink/varnish in the plastic substrate is meaningless. Once the curing energy changes, the surface tension of the film will also change, which will ultimately affect the smooth completion of the subsequent post-printing process.

The plastic packaging market is an exciting market, and UV inks/varnishes are commonly used materials for plastic packaging printing. Fast curing means higher production efficiency, and not requiring heat to dry the ink means less impact on the environment and workshop.